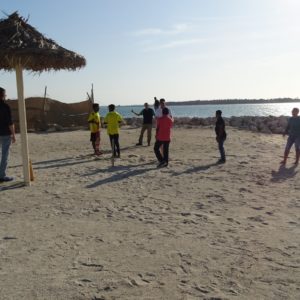 Teams are very common at workplace. In today’s work environment, employees cannot function in an organization without belonging to some team or the other. Members of a team are so powerful that they can make or break a team. You may have seen several teams taking shape for short-term or long-term projects in your workplace. However, in your experience how many teams have successfully progressed beyond the storming stage? Can you think of teams that have been successful in completing the projects? Alternatively, do you have a count of teams that disbanded due to various reasons?

Thinking back you may wonder how many teams became dysfunctional due to team members’ attitudes and personalities. Indeed, the characteristics or personality traits of team members plays a predominant role in the effective functioning of teams. Just one member in the team with an attitude or ego may have the power to break or dismantle the team.

Yet another problem is team members treating one person more favorably than others. They almost look upon him/her as their hero and get comfortable with their ideas and working style, completely ignoring others’ creative approach to team functioning.

Tracy Bower while sharing her thoughts in Forbes suggests that teams need to avoid hero worship and value each member in the team; they need to encourage team bonding and to celebrate success along the way.

Success of teams depends on the team spirit adorned by its members. Every member in the team needs to look upon others as valuable members.  They need to engage in active and transparent communication patterns and develop strong people’s skills.  Team members need to be conscious of team’s synergy and take efforts for smooth sailing of teams.

Questionnaire – Are you a Team Player?