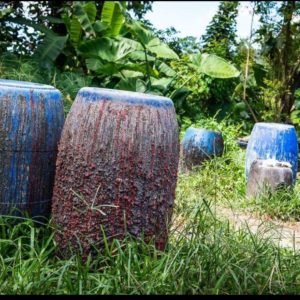 If I say that the world is a dangerous place to live, you will be quick to agree considering global warming, war, diseases or violence in communities. However, I say it ‘because many false prophets have gone out into the world’ (I John 4:1). Undeniably, the world is becoming dangerous because numerous false prophets lead astray Christians leaving them confused and disturbed. The scripture is candid about false prophets and warns us to be careful. There were also false prophets among the people… they will secretly introduce destructive heresies (2 Peter 2:1).  Watch out for false prophets… they are ferocious wolves (Matt. 7:15).  Indeed, the scriptures clearly say that because of false prophets, people will be led astray (Matt. 24:11), deceived (Rom. 16:18), exploited (2 Pet. 2:3), and lied (Jer. 14:14).

I like to share two incidents of prophetic revelations; Mark Taylor self-claimed “prophetic voice” told the world that he heard the Lord say, “You’re hearing the voice of a President”, while he heard Trump’s speech on Television. The Lord revealed a lot more to him through the Holy Spirit (Griffith, 2017). Joyner, Parrott, Wallnau are others who had God’s revelations regarding Trump’s victory (Hafner, 2016). Interestingly, Sadhu Selvaraj (Tamil Nadu, India) also shared that he was in the presence of Council, when ‘they’ told him that Trump will be the President (Blazing Holy fire church, 2016). Indeed, he did win! Prophesy by many evangelists came true.

Another prophesy that I would like to share was by an acclaimed evangelist Paul Dinakaran.  Many around the world know the sufferings of minorities under the present government in India. Christians had prayed fervently/fasted, issued letters to their communities to vote against the ruling party for a change of government. In this scenario, there was a wide circulation of Paul Dinakaran’s prophesy that India will see a young leader in the coming election 2019. Further, he affirms that the prophesy is not his own, but came directly under the authority of God.  Eventually, there were over 200 thousand views on YouTube( https://www.youtube.com/watch?v=MvtVXXl4Vo8)

Unfortunately, the exact opposite happened. There was a clean sweep by Modi and India is facing yet another term of bleak, one-man authoritative rule. Thousands like me are left wondering whether – God did speak to Dinakaran (Deuteronomy 18: 21-22) or did he lie? Perhaps, God changed His mind? Alternatively, was this God’s plan?

In both the situations, the evangelists shared what God (as they claimed) revealed to them. Prophecies came true in Trump’s life; to our disappointment turned false in India’s election results. Does God really speak to today’s prophets/evangelists?

Antichrist is already in the world. The evil one is working overtime to entice people to fall into the trap (TTB-TWR). Deaths, violence, community clashes, wife-battering, caste discrimination, political influence and money have become everyday news; cared by media for a day and suffered by the victims for life time.

Amidst these, we have ‘today’s prophets/evangelists’ revealing God’s words regarding politics, business, and countries’ future. Are we to trust the revelations shared by these self-claimed prophets? As Eph. 6:12 says, we are dealing against, rulers, authorities, evils and powers of the dark. This is exactly what John warns us in the first six verses in I John 4.

John makes it clear that we are to test the spirits to see whether they are from God. How do we differentiate the spirit of God from the spirit of the Antichrist? This forms the focus of today’s message.

We are dealing with the spirit world, both from God and the fallen one. The Scripture gives a test rule. When the preachers’ or the teachers’ message and life do not run parallel to the word of God, we can say that they are not from God (Deere,1993). Second, we need to test whether the work manifests the fruit of the Holy Spirit (Matt 7:15-16).

Going back at the passage, what does the scripture instruct us to do? –  To make it simple, follow the acronym “CALEB”. Without dwelling on the differences in Caleb’s meaning, I see Caleb was ‘faithful’, had a different spirit and followed God whole-heartedly (Num 14:24), hence he was allowed to enter the ‘promised land’. Let us apply the ‘spirit’ of ‘CALEB’. Remember ‘what we ought to do’ in contrast to ‘what the false prophets/teachers will not do’.

To conclude, we need to test every spirit and be able to identify the Spirit of Truth and Falsehood. As a child of God, we need to obey, acknowledge, love, be born again and believe in God. Every child of God dwells in the spirit of God.

*The above sermon is a slightly modified version of the assignment submitted to Queen’s College.

Deere.J., (1993). Surprised by the Power of the Spirit. Michigan, Zondervan Publishing House.

Griffith, W., (2017). He Predicted Trump Would Be President 6 Years Ago, Here’s Why This Prophet Says Trump Is in for Two Terms. CBNNEWS. [online]. 16 December 2017. [Viewed 20 November 2018]. Available from:https://www1.cbn.com/cbnnews/us/2017/december/he-predicted-trump-would-be-president-6-years-ago-heres-why-this-prophet-says-trump-is-in-for-two-terms